The International Sparkassen Adler Cup took place for the fifth time from 26th to 27th October 2019 in Frankfurt am Main.

Under the patronage of Peter Feldmann, mayor of Frankfurt, and Peter Beuth, minister of interior and sports, the TSG Nordwest 1898 Frankfurt am Main e.V. organised for the fifth time the International Sparkassen Adler Cup, Europe’s biggest youth judo tournament. On the 26th and 27th of October, more than 2.700 registered children and adolescents of 7-17 years showed their talent on 10 competition mats in the athletics hall of the sports and recreational centre Kalbach (Frankfurt am Main). They competed for two days under the watchful eyes of more than 130 international referees. The competitors came from 43 countries, amongst them Kazakhstan, Russia, Egypt, Algeria and the USA.

The grand opening took place on Saturday morning at 08:15 am and proved to be worthy of this extraordinary judo tournament. Dr. Lutz Rättig, honorary city council of the city of Frankfurt, welcomed the attendees on behalf of mayor Feldmann.

After the ceremony, the competition started with the U9 age group – the only group with pool mode and a guaranteed medal for every participating child. But many weight divisions of the following U12 group already had to deal with the KO mode and a double consolation round. For many children, that meant that for the first time in their judo career, it was very much possible that they would be disqualified already after losing one single fight. Of course, that led to strong emotions in the enormous hall – after all, victory and defeat often go hand in hand during judo fights.

Even though “only” in the age group U12, the performances shown by these young athletes were often very impressing and much better than expected. The audience enjoyed themselves very much and friends, family and associations back home shared the excitement via the worldwide Internet broadcast that showed many fights in a lot of countries.

U15 and U18, the following age groups, were able to maintain the high performance level: even judokas used to unmitigated success back home really pushed themselves to their limits. The numerous participants from Eastern Europe and the countries of the former Soviet Union showed that modern judo still has a much bigger significance in their home countries. But the athletes from the Netherlands, France and Britain were very much able to keep up and showed tremendous success.
At around 9:00 pm, after the last fight of the day, the TSG Nordwest invited all volunteers and referees to the traditional Frankfurt buffet – and as in years past, many were delighted to join.

“We are very happy that the Adler Cup is a renowned tournament throughout the world and that so many children travel thousands of kilometres with their parents to fight here in Frankfurt am Main”, said an enthusiastic Fabian Keller, initiator and tournament manager of the TSG Nordwest. “The parents of the TSG are the key to our success, volunteering for four days and nights and planning and preparing during the rest of the year”, added Djelloul Djeriou, head of the department of judo of the TSG 1898. In fact, the whole event is initiated and organised on a voluntary basis –as it has been for the last five years.

The U11 group started on Sunday morning and showed great fights on the ten competition mats. It is noteworthy that this age group competed close to their weight in a double KO mode: many foreign associations had expressed this wish and the TSG was more than happy to oblige.

Next came the U14 and U17 groups. The last fight took place around 6:00 pm, thus ending the tournament almost on time.

Each year, the incentive award given to a particularly promising young judo talent presents a special highlight on Sunday. During the whole tournament, the referees make suggestions and decide in the end who the recipient will be. This year, the award went to the twelve-year-old. 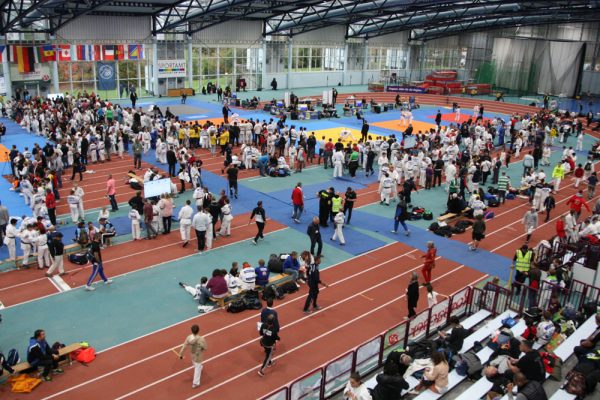 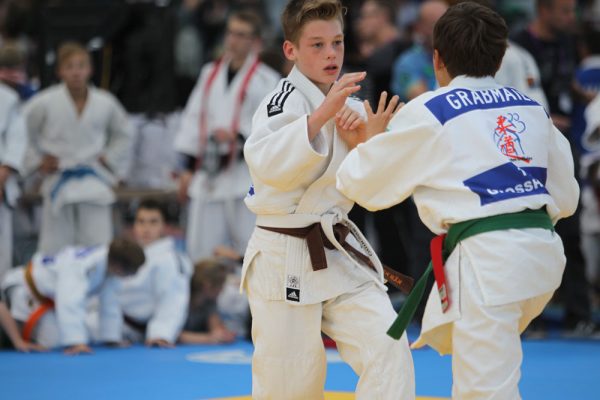 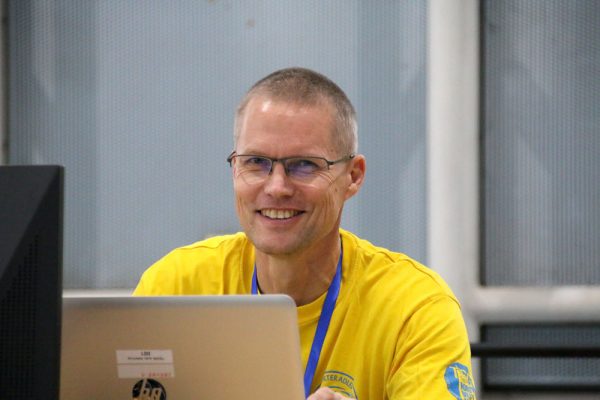 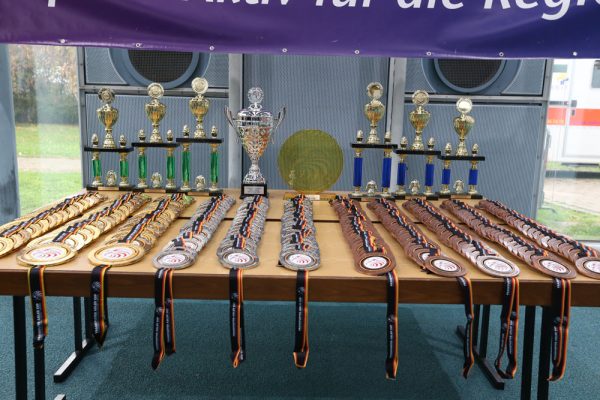 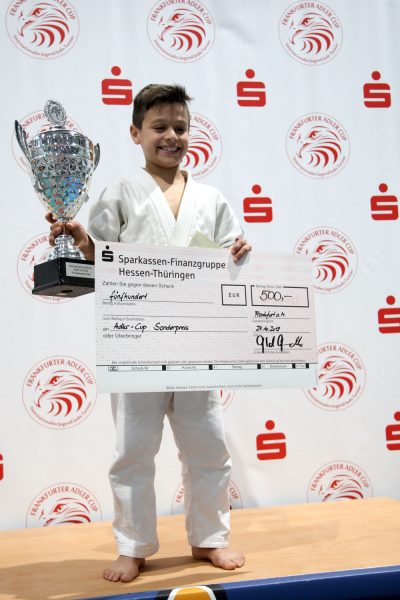 Vic Grymonrez from Belgium whose home association is Yama Arashi.

Vic started his judo training as a young boy, practices five times a week (as long as his school performance is satisfactory), has already attended the Adler Cup three times and regularly participates in many other international tournaments. Other than school, judo is everything for Vic – and that shows during each of his fights, which obviously deeply impressed the experienced referees and referee evaluators.
The Adler Cup for the best team performance of the tournament went to the Academy Judo from Kasachstan.

Ippon Shop, DAX and Ju-Sports had large stands on site to fulfil all judo specific wishes.

Many associations as well as the media coverage in the days following the Adler Cup confirm that this event is not only considered to be the unofficial judo world tournament for children, but that it is also worldwide one of its kind – which obviously makes us very happy.

Special thanks go to the volunteers responsible for the large teams, without whom the tournament wouldn’t be possible. Dani Djeriou and her huge team who work incessantly in sales, Andy Hüfner and the whole set-up and dismantling team, Mark Sauerbrey and the competition office, the IT team, the network as well as all display systems, Leon Guchlerner and all responsible for finances, Sven Wagner and the training course coaches and volunteers, Simone Bodemann and Uli Wehner and the whole volunteer management before and during the event and last, but not least, Djelloul Djeriou and Fabian Keller, both responsible for the tournament and always willing to help out wherever they are needed.

It is worth noting that the costs for this event can only be covered thanks to extraordinary contributions by Sparkassen and Giroverband Hesse/Thüringen, the city of Frankfurt, the state of Hesse, Fraport AG and many additional supporters. Many thanks for that.

On the 1st of April 2020 registration will re-open. In the meantime, those responsible will further optimise the Adler Cup, thus taking all the feedback they got very seriously. Thank you so much for that!

We’re streaming the Adler Cup to you! 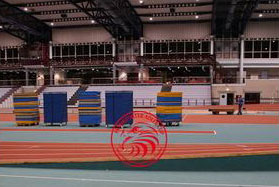 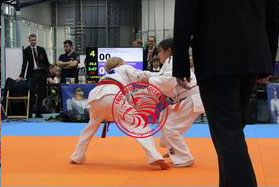 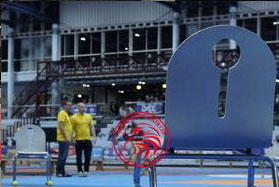 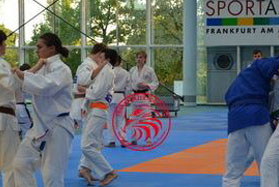 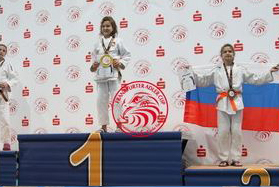 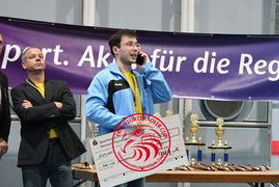 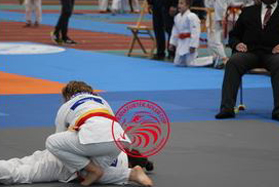 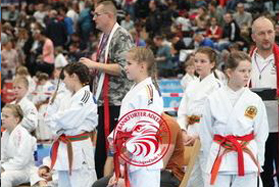 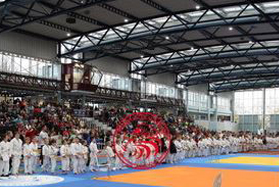